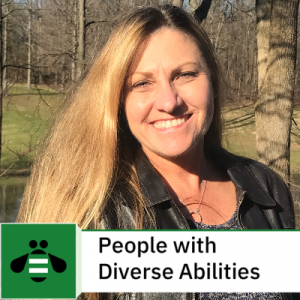 Diane Delaney is the Global Diversity & Inclusion Leader supporting the People With Diverse Abilities (PWDA) Community, she works closely with the PWDA Executive Council and Squads to plan, implement, and execute initiatives that achieve priorities for this community through the creation of signature experiences and inspiring programs for employees around the globe. It is important to Diane to build upon IBM’s legacy of excellence by enabling employees and leaders to be their true selves at work while accelerating IBM’s business growth. 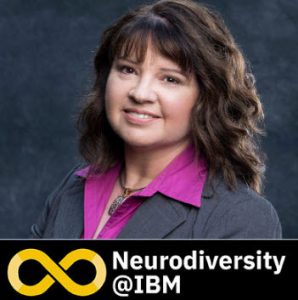 Nat is proudly neurodivergent and IBM’s Global Neurodiversity (ND) Advancement Leader. She builds awareness, increases acceptance, and improves advancement for individuals who are neurologically different – such as autistic, dyslexic, and beyond. She is a professional public speaker and empowers self-identity by designing safe spaces for support and representation. Nat leads global initiatives that foster culture change, trust, allyship and helps attain and retain talent that may otherwise be overlooked. Nat is also an Inventory Transformation Analyst for Supply Chain, developing creative process simplifications and system solutions for clients across the globe. 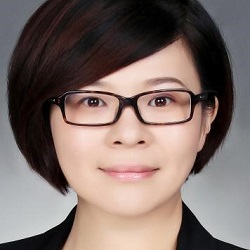 Dr. Li (Rachel) Tian received her Ph.D in Management and is a Professor of Entrepreneurship and Strategy in the School of Business at Nankai University, Tianjin China.

Professor Tian’s research interests are in the field of entrepreneurship and strategic management, especially new venture gestation and initial growth and how different components in social structure impact new venture creation process and outcomes. Her recent work is around the area of corporate entrepreneurship in the digital economy. Professor Tian now serves as director of Entrepreneurship Research Center at Nankai University and associate director of MBA education center of Nankai University. 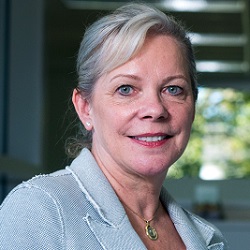 Dr. Irene J. Petrick joined Intel in 2015 and is Senior Director of Industrial Innovation in the Internet of Things Group.  Irene focuses on emerging technology, social, and global trends and their combined impact on the industrial space.  Her work highlights the transition to intelligent manufacturing, the technology solutions driving computing across the manufacturing enterprise, and the needs of the future workforce.  She also explores new manufacturing methods such as 3D printing and the new business models that are enabled by intelligent manufacturing.  Prior to joining Intel, Irene was a professor at Penn State and has been actively engaged with companies in their innovation and technology strategies for over 25 years, including work with twelve Fortune 100 companies, the U.S. military, and a wide variety of small to medium sized enterprises. Irene is author or co-author on more than 225 publications and presentations. 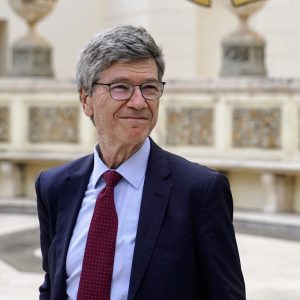 Jeffrey D. Sachs is University Professor and Director of the Center for Sustainable Development at Columbia University, where he directed the Earth Institute from 2002 until 2016. He is President of the UN Sustainable Development Solutions Network, Chair of the Lancet COVID19 Commission, Co-Chair of the UN Council of Engineers for the Energy Transition, Commissioner of the UN Broadband Commission for Development, academician of the Pontifical Academy of Social Sciences at the Vatican, and Tan Sri Jeffrey Cheah Honorary Distinguished Professor of Sustainable Development at Sunway University. He has been Special Advisor to three United Nations Secretaries-General, and currently serves as an SDG Advocate under Secretary General António Guterres. Sachs spent over twenty years as a professor at Harvard University, where he received his B.A., M.A., and Ph.D. degrees, and has received 38 honorary doctorates. In 2021, Sachs received the TÜBA Academy Prize from the Turkish Academy of Sciences, the Legion of Honor by decree of the President of the Republic of France, the Order of the Cross from the President of Estonia, and honorary doctorates from Amrita University in Kerala, India; Macau University of Science and Technology; and the University of Siena, Italy. His most recent book is The Ages of Globalization: Geography, Technology, and Institutions (2020).